When Hyrum's parents came to us at the spa to see if we might be able to help their 10 year old son with his Ichthyosis, we had never even heard of Ichthyosis. After a discussion with his parents while touring the spa, we decided to consider this. He had tried a lot of other expensive options which really didn't help much. We have had good success helping others using our RedLight therapy services with issues including lupus and eczema, but never anyone with this rare skin disorder, so we decided to give it a try.

According to the National Institute of Arthritis and Musculoskeletal and Skin Diseases (NIH), Ichthyosis is a family of disorders characterized by dry, scaling skin, redness, blistering. There really isn't a cure for Ichthyosis; however, there are some treatments to help manage the signs and symptoms.

The National Institute of Arthritis and Musculoskeletal and Skin Diseases indicates that treatments may include creams, lotions, or ointments to relieve dryness. Lengthy bathing in salt water or preparations containing salicylic acid (aspirin) or urea may also ease scaling. For more severe cases, doctors may prescribe vitamin A derivatives called retinoids.

What is Red Light Therapy?

NASA has been using RedLight therapy to help ease the pain for cancer patients receiving chemotherapy and radiation therapy. NASA indicates that LEDs are light sources releasing energy in the form of photons. They release long wavelengths of light that stimulate cells to aid in healing. NASA is interested in using this technology for medical uses to improve healing in space and for long-term human spaceflight.

According to Dr Axe's web site: Red Light Therapy has many benefits including increased immunity, tissue repair and wound healing, anti-aging effects for skin and hair loss, improved joint and musculoskeletal health, and even reduced depression and fatigue. Other benefits may include acne treatment, mood elevation, rosacea and psoriasis treatment,

Planet Beach Clinton's Red Fusion service combines Infrared Red Light therapy and steam. While the skin is being hydrated by the steam the red light goes to work on the skin, and below the surface of the skin at a cellular level, producing healing and new skin production.

After Hyrum had his first Red Fusion treatment, he began seeing some interesting results. Close examination of his skin showed that the dead layers of his skin were loosening and raising from the surface of his body. This is a primary issue with Hyrum, since his skin doesn't slough, creating layers of dead skin on the surface of his body making it extremely difficult and excruciatingly painful to remove those dead layers of skin.

He continued to come into the spa daily, using the Red Fusion service, putting his entire body and head into the steam and red light of the Red Fusion. Every session showed great results and improvements in his skin. The grayish dead skin coating on his body was sloughing and new skin was starting to emerge, manifesting a fresh new pinkish color. Another huge improvement, his body was starting to sweat and cool itself off naturally. Hyrum was able to do things that he hadn't been able to do out of concerns of over heating and passing out. His entire countenance had changed and we could see improved confidence in this happy little guy.

This was all very exciting for everyone especially his parents who had invested so much time, money, and resources to help him out! At 20 days he had new skin over a majority of his body including his scalp. His skin was functioning like it should, almost eliminating the Ichthyosis symptons entirely. His skin was sloughing and new skin cells where being produced on their own on an ongoing basis. Maintenance treatments as needed helped continue the great results produced by the red-light therapy at the spa.

We are very happy that we were able to help Hyrum and his family out with this life changing treatment! We do have pictures; however, we are not able to release these at this point for privacy purposes. We would be happy to help anyone out that is seeking a solution to their skin issues. 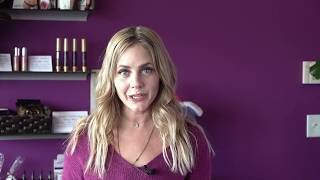 Red Light Therapy... What can it do for you?

What Can Guided Meditation Do For You?

Get a Free Spa Membership!